Realme Pad X is set to debut in China tomorrow. Prior to launch, the tablet was reportedly spotted on the BIS certification website. The list is spotted by tipster Mukul Sharma and hints at India’s impending launch. According to the listing, Realme Pad X is listed with model numbers RMP2103, RMP2107, and RMP2108. Realme Pad X will launch on May 26, 2022; teased online.

The tablet has been listed on the company’s official website in China with the launch date. Previously, color options, design and price leaked online and now Realme has announced several key specs of the Realme Pad X via Weibo. Realme Pad X will come with an 11-inch 2K display with 120Hz refresh rate. It will be powered by a Snapdragon 870 SoC paired with 6GB of RAM and 128GB of internal storage. 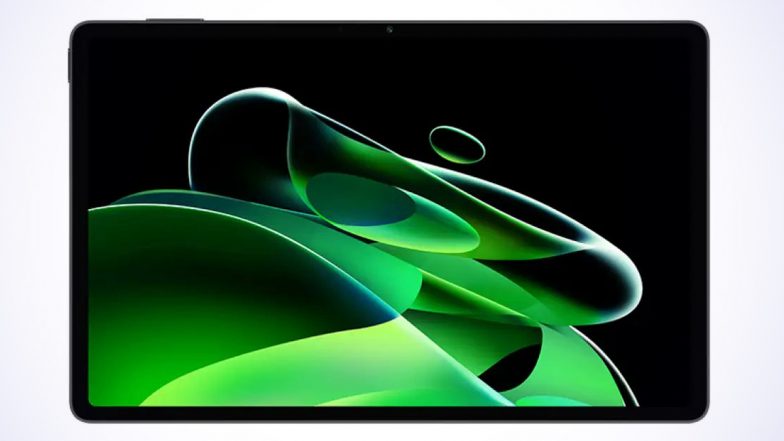 It will pack an 8,340mAh battery with 33W fast charging support. For photography, it will come with a single rear camera and support for a stylus. On top of that, Realme Pad will get a quad-speaker setup with Dolby Atmos support. According to the Realme China website, the tablet will cost CNY 99,999.

(The story above first appeared on LatestLY on May 25, 2022 at 4:07 PM IST. For more news and updates on politics, world, sports, entertainment and lifestyle , log in to our website latestly.com).