A WEBSITE lashing out mugs and T-shirts containing information about Scottish killers and atrocities was last night branded ‘sick’ and ‘disgusting’.

Horror incidents exploited by the American company Wikipparel include the Lockerbie bombing and the despicable murder of six-year-old Alesha MacPhail.

Other topics they seem to be cashing in on are serial killers Peter Tobin, Dennis Nilsen and Ian Brady, as well as the Piper Alpha oil rig tragedy and Glasgow airport terrorist attack.

The site offers templates featuring items like posters and hoodies that have Wikipedia page entries for each topic.

Also available are pages relating to the disappearance of Madeleine McCann and former Bay City Rollers manager Tam Paton, who was convicted of gross indecency with two boys aged 16 and 17. He died in 2009.

Michael Hamilton, 71, from Falkirk, whose daughter Vicky, 15, was one of Tobin’s victims, said: ‘It looks like someone is trying to make a profit. It’s disrespectful. 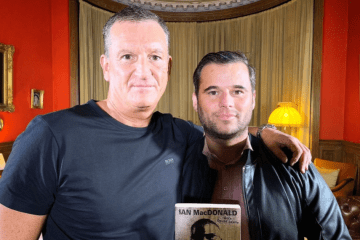 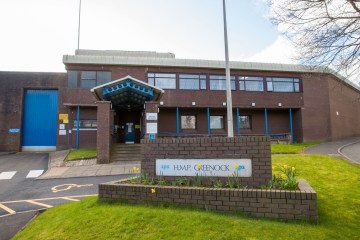 “Anyone who wants a T-shirt with Tobin or the Lockerbie bombing must be sick in the head.”

The twisted trade was also lambasted by ex-Roller Pat McGlynn, 64, who accused creep Paton of trying to rape him in 1977.

The guitarist, from Liberton, Edinburgh, said: “It’s disgusting. It’s an insult to his victims. It only causes pain and suffering.

“Paton was a sex offender. You would have to be a pure mug to buy one of these mugs.

Wikipparel, reportedly based in Anacortes, Washington, says of its t-shirt design, “Express your interests in a unique way with this one-of-a-kind piece of clothing.”

The mugs, priced at £11, are described as ‘perfect for your morning coffee, afternoon tea or any other hot drink you enjoy’.

Products with lighter subjects such as the Loch Ness Monster, the sitcom Still Game and the TV drama Outlander are also available.

Brute Tobin, 75, is serving his sentence in Edinburgh Prison for the murder of Polish student Angelika Kluk, 23, in Glasgow in 2006.

He was also given a life sentence for killing Vicky and Dinah McNicol, 18, of Tillingham, Essex. And the demon is suspected of claiming even more victims.

Alesha was abducted and murdered by Aaron Campbell, then 16, on the Isle of Bute in July 2018.

And 243 passengers and 16 crew died when Pan Am Flight 103 exploded over Lockerbie, Dumfriesshire, killing 11 residents, in December 1988.

The Piper Alpha rig exploded and sank in July that year, killing 167 people in the North Sea, 120 miles from Aberdeen.

Fraserburgh-born Nilsen killed at least 12 boys and young men in London between 1978 and 1983. Glasgow-born Moorish murderer Ian Brady murdered at least five children with Myra Hindley in the 1960s.